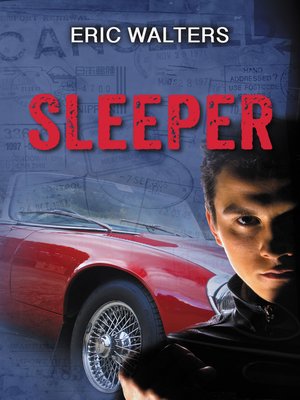 MysteryYoung Adult Fiction
DJ jets across the Atlantic to England to follow a series of obscure clues and symbols he hopes will reveal the truth about his grandfather. In London, he stays with Doris, the elderly woman he climbed Mount Kilimanjaro with. Laid up with a broken ankle, Doris has her grandchild, Charlie, offer assistance. Charlie—short for Charlotte—is a beautiful model who is romantically (and secretly) linked to a member of the British Royal Family. Spies, guns, double agents, the Cambridge Five and a vintage E-Type Jag are a few of the things DJ and Charlie encounter on an adventure that makes climbing Kilimanjaro look like a walk in the park.

Sleeper is the sequel to both Jungle Land, part of The Seven Prequels and Between Heaven and Earth, part of Seven (The Series).
MysteryYoung Adult Fiction

More about Eric Walters
Sleeper
Copy and paste the code into your website.
New here? Learn how to read digital books for free