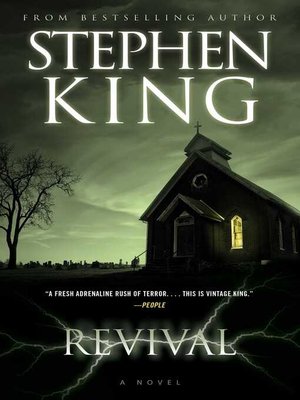 FictionHorrorLiteratureSuspense
Stephen King presents "a fresh adrenaline rush of terror" (People) in this electrifying #1 New York Times bestseller!
The new minister came to Harlow, Maine, when Jamie Morton was a boy doing battle with his toy army men on the front lawn. The young Reverend Charles Jacobs and his beautiful wife brought new life to the local church and captivated their congregation. But with Jamie, he shares a secret obsession—a draw so powerful, it would have profound consequences five decades after the shattering tragedy that turned the preacher against God, and long after his final, scathing sermon. Now Jamie, a nomadic rock guitarist hooked on heroin, meets Charles Jacobs again. And when their bond becomes a pact beyond even the Devil's devising, Jamie discovers that the word revival has many meanings....
FictionHorrorLiteratureSuspense

More about Stephen King
Revival
Copy and paste the code into your website.
New here? Learn how to read digital books for free