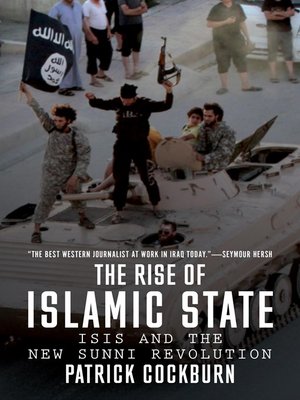 The Rise of Islamic State

ISIS and the New Sunni Revolution

HistoryPoliticsMilitaryNonfiction
The essential "on the ground" report on the fastest-growing new threat in the Middle East, from the winner of the 2014 Foreign Affairs Journalist of the Year Award
Born of the Iraqi and Syrian civil wars, the Islamic State astonished the world in 2014 by creating a powerful new force in the Middle East. By combining religious fanaticism and military prowess, the new self-declared caliphate poses a threat to the political status quo of the whole region.
In The Rise of Islamic State, Patrick Cockburn describes the conflicts behind a dramatic unraveling of US foreign policy. He shows how the West created the conditions for ISIS's explosive success by stoking the war in Syria. The West—the US and NATO in particular—underestimated the militants' potential until it was too late and failed to act against jihadi sponsors in Saudi Arabia, Turkey and Pakistan.
HistoryPoliticsMilitaryNonfiction

Patrick Cockburn is currently Middle East correspondent for the Independent and worked previously for the Financial Times. He has written three books on Iraq's recent history, including The Occupation and Saddam Hussein: An American Obsession (wit...

More about Patrick Cockburn
The Rise of Islamic State
Copy and paste the code into your website.
New here? Learn how to read digital books for free