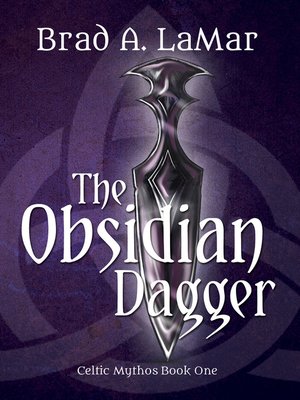 View more libraries...
"Fans of Percy Jackson will devour this book." – Robots and Rogues Blog
When a mad witch with a magically crafted and frightfully powerful Obsidian Dagger threatens to obliterate humanity and overtake the magic clans of the Celtic Isles, destiny forces 17-year-old American, Brendan O'Neal, and his younger sister, Lizzie, to intervene.
Joining the desperate princess of the Leprechauns, Dorian, and her two loyal companions, Rory and Biddy, they embark on a dangerous and wondrous adventure across Ireland and Scotland to thwart the witch and save mankind.
Battling the witch's mutated forces of magical beings, the heroic band will have to reach deeper into themselves than they ever thought possible to find the strength, courage, and will to see their quest through to the end. Brendan will soon learn that the lines between reality, mythology, and divinity are more blurred than he ever imagined.
"The Obsidian Dagger by Brad A. LaMar is an action packed, page-turning fantasy adventure set in magical Ireland and Scotland featuring a sister and brother team who end up on a quest of a lifetime." – Book Swoon
"This is a delightful YA novel that will make you feel young at heart. Thoroughly entertaining and a refreshingly novel plot that evokes a sensation of Harry Potter and yet remains unique." – Dave Edlund, USA Today bestselling author of the award-winning Peter Savage Novels
This is an action-packed fantasy adventure for fans of young adult fiction with a story telling craft that appeals to adults and teenagers alike. If you liked The Lightning Thief, The Olympians, Fablehaven, and the Trylle series, you won't want to miss The Obsidian Dagger!