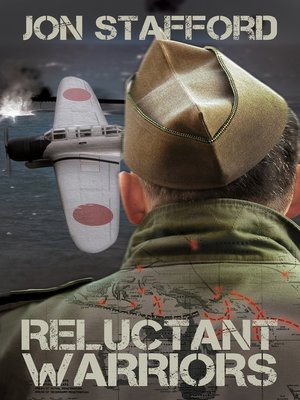 View more libraries...
World War II, 1939-1945, was easily the most destructive war in history; claiming the lives of from fifty to sixty millions of people. This historical fiction takes us "behind the scenes" in the lives of everyday people who became reluctant warriors.
Each of the men depicted in this book—Joseph "Chip" Wiley, Jimmy DeValery, Harry Conners, and Theodore Rodgers—were admirable people who gave everything they had and became Army scouts, men in aircraft like the B-25, B-17, P-38, P-47. They went from the guy next door to operating Navy PT boats, submarines, destroyers, and heavy cruisers. They did what America and the world needed them to do.
These men, and the millions they represent, had lives, families, and careers they left behind. And they were not the only ones to report for duty: their families also had to fight daily battles through hardships, through defeats, through loss.
Reluctant Warriors brings these stories home to our hearts and reingnites our gratitude for those who fight so we can live free.