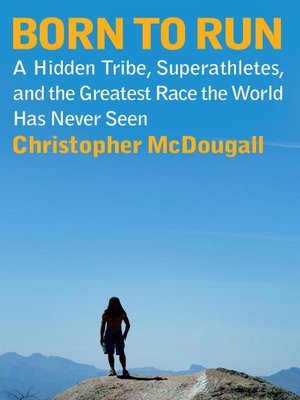 View more libraries...
NATIONAL BESTSELLER • The astonishing and hugely entertaining story that completely changed the way we run. An epic adventure that began with one simple question: Why does my foot hurt?

“Equal parts quest, physiology treatise, and running history.... The climactic race reads like a sprint.... It simply makes you want to run.” —Outside Magazine

Isolated by Mexico's deadly Copper Canyons, the blissful Tarahumara Indians have honed the ability to run hundreds of miles without rest or injury. In a riveting narrative, award-winning journalist and often-injured runner Christopher McDougall sets out to discover their secrets. In the process, he takes his readers from science labs at Harvard to the sun-baked valleys and freezing peaks across North America, where ever-growing numbers of ultra-runners are pushing their bodies to the limit, and, finally, to a climactic race in the Copper Canyons that pits America’s best ultra-runners against the tribe. McDougall’s incredible story will not only engage your mind but inspire your body when you realize that you, indeed all of us, were born to run.