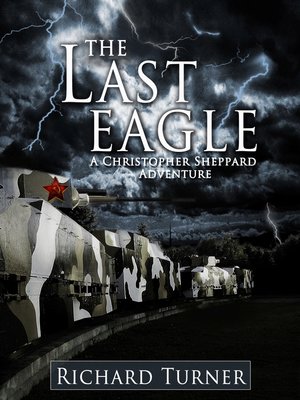 FictionThriller
A Forgotten Secret.A Lethal Enemy.A Deadly Race against the Odds.When a Russian prince is murdered in England, former soldier Christopher Sheppard is pulled into a lethal game of cat and mouse. He soon finds himself pitted against deadly and ruthless Soviet agents who are determined to uncover the truth about the most guarded secret of the last Czar of Russia. Sheppard struggles to remain one-step ahead of people who still fighting their own private war.From England, to France, from Turkey to the vast open steppes of Mongolia, aided by a small group of Russian patriots, Christopher Sheppard races to rescue someone from the clutches of a cruel and sadistic warlord before it is too late.Take a step back in time to the late 1920s, a time of change...a time when merciless men sought to change the world.
FictionThriller

More about Richard Turner
The Last Eagle
Copy and paste the code into your website.
New here? Learn how to read digital books for free