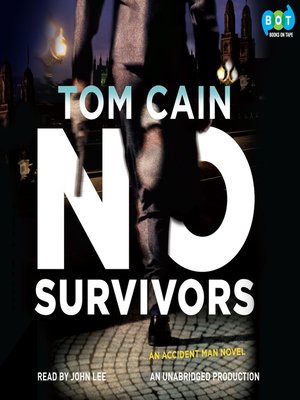 FictionLiterature
Samuel Carver is a man trained to make bad things happen–a car crash, an explosion in an apartment building, a downed jet plane–and always seemingly by accident. But now Samuel Carver is no longer that man; he may, in fact, not even be Samuel Carver. Lying in a remote sanitarium, he is only a man who exists, broken and damaged, in the world of his haunted past. But when his devoted lover, the Russian spy Alix Petrova, is forced leave Carver for the dark world of her former employers, Carver begins to emerge, shockingly and violently, as his former self.
Carver's escape from the hospital, along with Alix's dangerous new mission, coincide with a Texas billionaire's messianic dreams and a global plot to control missing Russian suitcase nukes. Populated by a brilliant cast of schemers, fanatics, and broken souls, No Survivors is author Tom Cain's deft and pulse-pounding return to a world where men and women bargain over their lives and others' and where the consequences are felt by all.
FictionLiterature

No Survivors
Copy and paste the code into your website.
New here? Learn how to read digital books for free