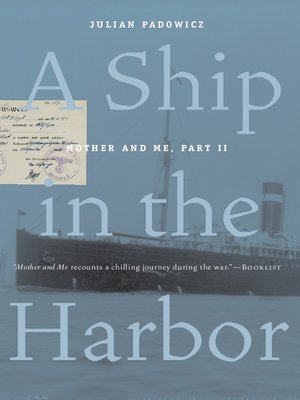 A Ship in the Harbor

Mother and Me, Part II

Julian Padowicz holds a degree in English Literature from Colgate University. He has been a documentary filmmaker and producer of audio tapes for most of his adult life, and has won a Golden Eagle Award for his educational film, The People Shop, f...

More about Julian Padowicz
A Ship in the Harbor
Copy and paste the code into your website.
New here? Learn how to read digital books for free