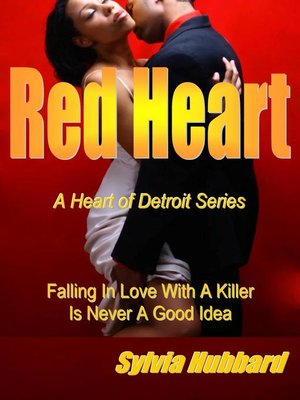 FictionRomanceSuspense
Falling In Love With A Killer Is Never A Good IdeaAfter a long period away, Jode returns to her hometown Detroit just to attend her best friend's funeral.Yet, when she finds out that the death was no suicide, she goes in search of the truth.As secrets are revealed and the past she ran away from began to haunt her again, Jode believes that her best friend's murderer may be her first love, Red Heart.This book is part of The Heart Of Detroit Series
FictionRomanceSuspense

Detroit native, Sylvia Hubbard, a single mother of three, has worked tirelessly to promote and encourage emerging writers in Michigan. She independently published her first romance novel in 2000 and has continued to write in that genre, sometimes ...

More about Sylvia Hubbard
Red Heart
Copy and paste the code into your website.
New here? Learn how to read digital books for free