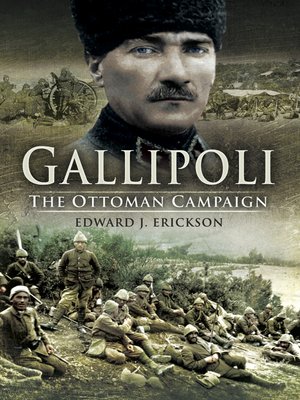 HistoryMilitaryNonfiction
The Ottoman Army won a historic victory over the Allied forces at Gallipoli in 1915. This was one of the most decisive and clear-cut campaigns of the Great War. Yet the performance of the Ottomans, the victors, has often received less attention than that of the Allied army they defeated.
Edward Erickson, in this perceptive new study, concentrates on the Ottoman side of the campaign. He looks in detail at the Ottoman Army - at its structure, tactics and deployment – and at the conduct of the commanders who served it so well. His pioneering work complements the extensive literature on other aspects of the Gallipoli battle, in particular those accounts that have focused on the experience of the British, Australians and New Zealanders. This highly original reassessment of the campaign will be essential reading for students of the Great War, especially the conflict in the Middle East.
HistoryMilitaryNonfiction

Gallipoli
Copy and paste the code into your website.
New here? Learn how to read digital books for free