Assault from the Sky 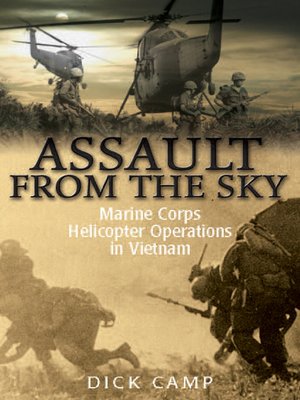 "Action-packed . . . he brings the reader artfully through the fog of war with clarity" (20th Century Aviation Magazine).

Vietnam has often been called our "first helicopter war," and indeed, the US Marine Corps, as well as Army, had to feel its way forward during the initial combats. But by 1967, the combat was raging across South Vietnam, with confrontational battles against the NVA on a scale comparable to the great campaigns of WWII. In 1968, when the Communists launched their mammoth counteroffensive, the Marines were forced to fight on all sides, with the helicopter giving them the additional dimension that proved decisive in repelling the enemy.

The author of this book, a Vietnam veteran and Purple Heart recipient who has also worked at the USMC History Division and National Museum of the Marine Corps in Quantico, uses his experiences as a company commander to bring the story to life by weaving personal accounts, after-action reports, and official documents into a compellingly readable narrative of service and sacrifice by Marine pilots and crewmen. The entire story of the war is depicted through the prism of Marine helicopter operations, from the first deployments to support the Army of the Republic of Vietnam against the Viet Cong through the rapid US buildup to stop the North Vietnamese Army, until the final withdrawal from our Embassy.