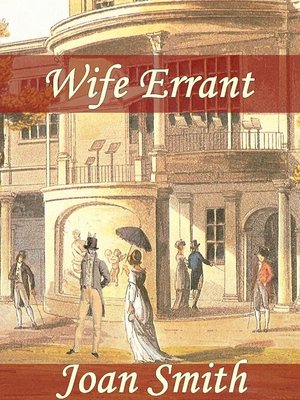 Tess Marchant's father was flirting with a lightshirt, and her mother had forced him to leave their rented house in Bath. Now Mrs. Marchant was attending parties with Lord James and there were whispers of divorce. Tess approached Lady Revel to get her son's help in warning their cousin Lord James off. Lord Revel thought Tess a shrew and Tess thought him a rake…perfect. Regency Romance by Joan Smith; originally published by Fawcett Crest

Wife Errant
Copy and paste the code into your website.
New here? Learn how to read digital books for free