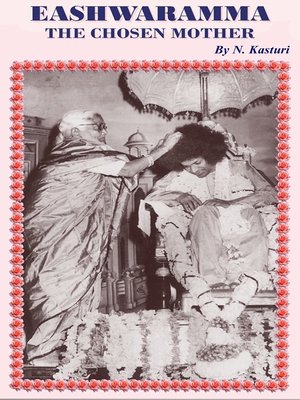 Biography & AutobiographyHistoryNonfiction
"I resolved on My birth. I decided who should be My mother." On December 31, 1970, Bhagawan Sri Sathya Sai Baba announced thus, in answer to a question from the Editor of 'Nav Kaal', the Bombay Daily."That is to say...," the Editor stuttered. "That is to say," Baba interrupted him, "I resolved on My birth. I decided who should be My mother. Mere humans can only choose the one, who is to be the husband or wife. But, the Mother was chosen by the son in the Rama and Krishna incarnations and then too, as now, the task, for which the birth was decided upon, was the same - the conferring of Prema on all and through the fostering of Prema, the cultivation of Righteous Living among Mankind."The Mother Sai Baba decided upon was Eashwaramma, a poor, middle-aged, tender-hearted, pious, illiterate, rural housewife. She had mothered seven children, three of whom had survived into teenage and beyond. Eashwaramma, like every other Hindu housewife, was conversant with the Telugu ballads, legends, folksongs, and tales that have gathered around Krishna and Rama. Nevertheless, it took years of intimate observation and hundreds of inexplicable incidents and intimations to convince her that this child she had fondled, this boy she had doted on had come to prove the Bhagavata and the Ramayana as true and as valid now, as they were then.This book is a humble tribute to the historic role that Eashwaramma was invested with and the steadfast courage, with which she enacted the role and encountered the challenge.
Biography & AutobiographyHistoryNonfiction

Every person in Sai's Divine mission is an instrument chosen by Swami Himself. Mother Easwaramma was the 'Chosen' mother of Bhagawan Sri Sathya Sai Baba. It can also be said that Prof. N. Kasturi was His chosen biographer. V. K. Narasimhan, who th...

More about N Kasturi
Eashwaramma the Chosen Mother
Copy and paste the code into your website.
New here? Learn how to read digital books for free