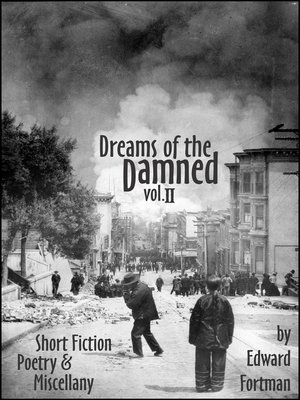 Dreams of the Damned, Volume 2

FantasyFictionHorrorShort Stories
Listen, as the night is quiet and the shadows creep close, to forgotten tales, onceuntold. See, as a shade sits and speaks of dark realms unseen by most. And, givepeace to those lost souls who long for Life to bear witness to their deeds.Herein awaits the story of a father who tries to save his son from death; a tale oftwo nightmares, one of which is real; and the quest of a woman who seeks to find hergroove and, instead, discovers her strength. More visions lie within this tome,painted by the whispering voice of a wretched soul.And, once the tales are done, in verse and in prose, a dark road continues: Ajourney, the end of which is unforeseen, and the path of which is thirsty for blood.So, come, travel the dark roads, to feel the camaraderie of lost souls, and to dreamthe dreams of the damned ...This series of short books will be published every month or two for the outrageouslyegotistical price of $0.99 cents. Each book will contain stories and poetry in thevein of Weird Fiction and Dark Fantasy. Also, artwork from the days of yore in theprinting industry will grace its pages, and other miscellaneous goodies await theintrepid reader.
FantasyFictionHorrorShort Stories

More about Edward Fortman
Dreams of the Damned, Volume 2
Copy and paste the code into your website.
New here? Learn how to read digital books for free