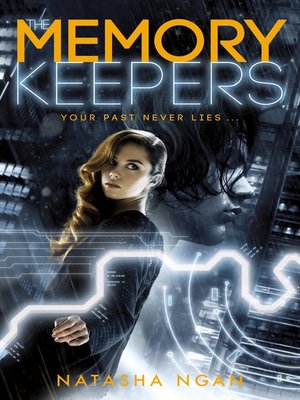 When you're chasing memories to survive, it's better to leave the past behind ...

Seven is a thief with a difference - he steals downloadable memories from banks and memoriums to sell onto London's black market, trading secrets and hidden pasts for a chance at a future of his own. He makes sure he keeps some special stuff back to 'surf' himself though - it's the only real form of entertainment he can afford. But one night, as Seven is breaking into a private memorium in a wealthy part of London, he is caught in the act by one of its residents: Alba, the teenage daughter of London's most famous criminal prosecutor. Instead of giving him away, Alba promises to keep Seven's secret - as long as he allows her to go memory-surfing herself. In doing so, they discover a hidden memory about Seven's past, revealing a shocking secret about his childhood, the government and a mysterious experiment known as The Memory Keepers ...

Now Seven and Alba will have to race against time to unlock the maze of The Memory Keepers - but can they keep themselves out of harm's way before the London Guard - and Alba's father - catches up with them?

ABOUT THE AUTHOR
Natasha Ngan was born in St Albans, Hertfordshire, and spent her childhood in both the UK and Malaysia, where the Chinese side of her family is from. She also spent it living in two worlds - reality, and her imagination. As an only child, books were her best friends, and though she now has real, physical, human friends, books are still every bit as important to her.

Natasha has always (only) wanted to be an author. THE ELITES was her first novel, and she regularly blogs about her experiences of being a debut author. Outside of writing YA fiction, Natasha works as a freelance social media consultant and runs a fashion and photography blog with her boyfriend Callum (www.girlinthelens.com). Follow Natasha at: www.natashangan.com or on Twitter: @girlinthelens.

REVIEWS
With a different setting and cultural background to many young adult dystopian novels, this is a distinctive and imaginative debut that will absorb fans of this genre.', Booktrust, Books We Like (Praise for THE ELITES)

REVIEWS
'Natasha Ngan is the next big thing. She'll be up there with writers such as J.K. Rowling and Suzanne Collins ... Beautifully crafted and compelling - a must read. 5/5.', The Mile Long Bookshelf

'Can you find anything like this? No, you can't, because this book is in a league of its own. I'm telling you guys, it's worth every penny. I can't recommend this book enough.', Books for YA