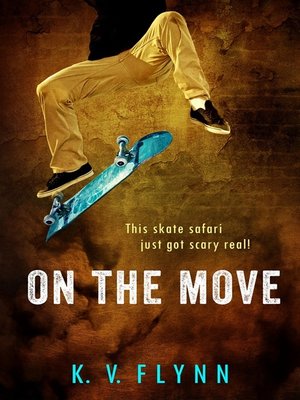 Callum Vicente and his four best middle school buddies live in a Southern California beach town, and narrowly miss being grounded for life after they sneak out of town on the bus for a great skateboard day just before promotion from 8th grade. Their pal Justice ends up with a wicked broken leg, but their parents soon forget about it because weird, tense things are happening in the news. So Callum, Levi and his bff Apollo are soon deep into their best summer ever at PEAK skateboard camp where they learn tricks from the pros, grind on endless street courses, and careen off one awesome ramp straight into the lake. It is mad fun until the War breaks out: the teens watch major cities blown up on TV, have no idea what's happened to their parents, and then lose virtually all communication with the outside world.

Stranded, the boarder buddies strike out on their own to find their families, travelling north through all of California and Oregon, following a network of underground message boards and savvy riders who they find holed up in skate parks along the way. They pick up their school buddy Mateo Beltran and hitch a ride with their Native friend Obbie, on his way to safety on his dad's reservation in Washington state, and even get some surprising help as they try to figure out a world gone crazy while they are On the Move.