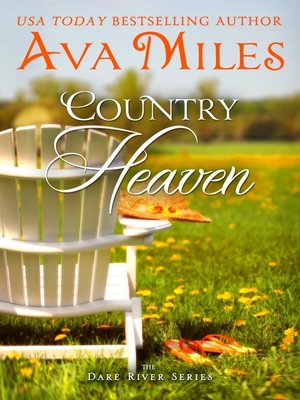 When famous—and infamous—country singer Rye Crenshaw saunters into the diner where she cooks, Tory Simmons is certain she's got him pegged. He's a bad boy who indulges himself in all things, women included. But while she couldn't care less about country music or arrogant men, Rye makes her an offer she can't refuse when he asks her to be his private chef on his multi-city concert tour. The job is the answer to all her prayers: it will clear out her debt and finance the fresh start she desperately needs.

Rye is certain his sassy new cook is the last woman who'd ever tempt him, but spending time with the wholesome girl next door will do wonders for his damaged public image, whether she likes being forced into the spotlight or not. Her food also happens to be the best he's ever eaten, both comforting and seductive. But spending time with Tory on the road shows him a new side to her—one that's as impossible to resist as her food. And when an emergency in his family whisks him home, he does the one thing he's never risked: he lets a woman into his heart...

Soon the emotions Rye faked for the tabloids become all too real, but will the country heaven he's found in Tory's arms survive in the real world?