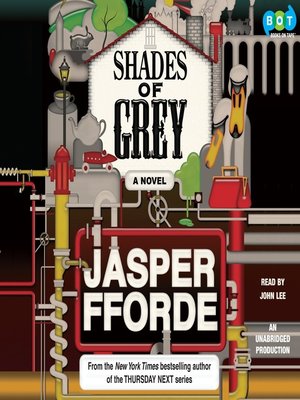 View more libraries...
IT'S SUMMER, IT'S HOT, IT'S OUR WORLD, but not as we know it. Entire cities lie buried beneath overgrown fields and forests. Technology from another time litters the landscape, and there is evidence of great upheaval. Welcome to Chromatacia, where for as long as anyone can remember society has been ruled by a Colortocracy. In this world, you are what you can see.
Eddie Russett wants to move up. He has better-than-average red perception, and he is on a half promise to Constance Oxblood, whose powerful family want the reddest possible son-in-law to strengthen their hue. But once Eddie and his father relocate to the backwater village of East Carmine, these carefully cultivated plans and expectations are quickly upended. In this new town, Eddie must contend with lethal swans, sneaky Yellows, inviolable rules and an enforced marriage to the hideous Violet deMauve. But then he encounters the intriguing Grey named Jane, whose bold defiance of the Rules makes him realize that the apparent peace of his world is as much an illusion as color itself.
From the Compact Disc edition.