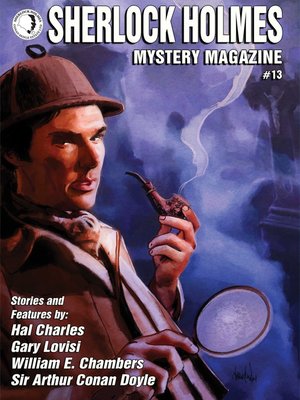 Sherlock Holmes Mystery Magazine returns with its May/June 2014 issue, presenting the best in modern and classic mystery fiction! Included this time are the usual columns by Lenny Picker and Mrs Hudson, plus the following stories:

Living the Lie, by Marc Bilgrey

The Adventure of the Sherlock Holmes Chocolate Cards, by Gary Lovisi

A Most Valuable Institution, by Dan Andriacco

A Cold Place to Die, by J.P. Seewald

The Shocking Affair of the Steamship Friesland, by Jack Grochot

A Fresh Start, by Janice Law

Only the Dead, by Gordon Linzner

The Woman, by Mackenzie Clarkes

Reflection of Guilt, by Laird Long

The Adventure of the Nine Hole League, by William E. Chambers

The Speckled Bandanna, by Hal Charles

The Adventure of the Dying Detective, by Sir Arthur Conan Doyle