The Portal to Hell 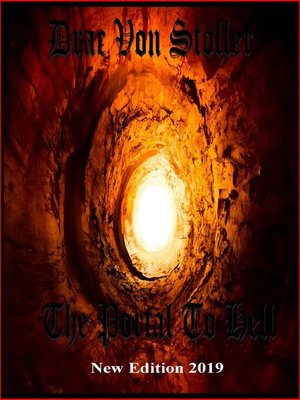 The day finally arrived that Ted Jackson and his wife Betty and his two children Bobby and Susan have been waiting for years. Ted's Uncle Jack just passed away and Ted was the only living relative in the Will to receive Uncle Jack's farm. Ted and his family's new home would only unleash the portal to Hell that should have never been opened, but curious minds don't work that way, they just have to see if there is good or evil hidden inside.

Ted and his family packed all their belongings, got in their rental truck and headed to their new home to Hell with smiles on their faces. As they were driving down the highway, the music was playing and Ted reached for his wife's hand and said "Honey, I just can't believe this day has finally come. It's hard to believe that we were lucky enough to receive such a wonderful gift. We were so close to losing our home and this great opportunity came our way. It's as though my Uncle foreseen this event and didn't want us to lose everything, so he passed way sooner than anyone expected."