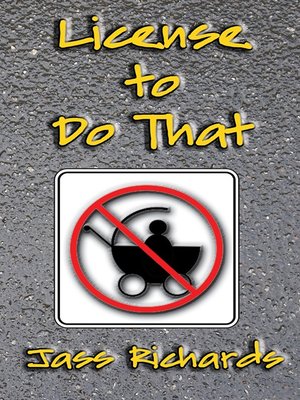 License to Do That

FictionScience FictionHumor (Fiction)
Rev and Dylan (whom we meet in THE ROAD TRIP DIALOGUES) have returned from their BLASPHEMY TOUR to discover that Canada has adopted the Parent Licence Act: people who wish to become parents must apply for, and meet certain requirements before being granted, a licence. What if? After all, we require hairdressers and plumbers to be licensed. Dylan, freelance journalist, investigates, interviews, and observes; Rev, loose cannon, solves an 'illegal fertilization' mystery. They both occasionally get stoned and silly, and deal with a baby wolf who has adopted them.Jass Richards makes you laugh and think at the same time.
FictionScience FictionHumor (Fiction)

More about Jass Richards
License to Do That
Copy and paste the code into your website.
New here? Learn how to read digital books for free