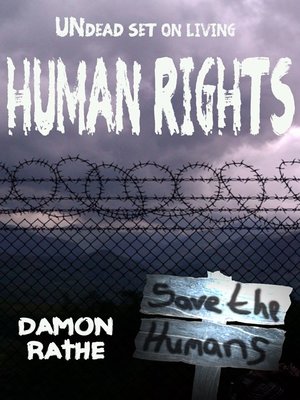 FictionHorrorHumor (Fiction)
"It's not easy being a zombie.I'd only just been turned when I suddenly had conversion targets to meet, death quotas to fill and my team leader getting on my back. This, whilst all the trying to come to terms with being shot at, losing limbs, a body that doesn't work properly anymore and my newly found addiction to lovely, squishy, juicy brains. It was just too much and my counsellor for the recently deceased hadn't been any help.But at least it was an ordered, democratic society and I had a place in it, even if it was against my will.That was until the bomb dropped creating the dictatorial, super mutant zombies that took over and now it's all out war against the humans. The Supers are only interested in the complete annihilation of humankind not the human-zombie paradox.So, why should I care? I'm a zombie right? I want the best for my race. I should hate the humans; want to destroy them as well.However, something told me, this was wrong. For some reason, I had ethics and thoughts that just weren't in keeping with the status quo. I seemed to have evolved beyond them and I didn't know why.I didn't want this war.I didn't want humans to become extinct.Surely they have rights too?Human Rights!But I was just one zombie in a horde of millions, what could I do..."Written by the co-author of the book 'Souls of Darkness'
FictionHorrorHumor (Fiction)

Martin Rothery (AKA Damon Rathe) started creative writing in September 2008 after enrolling on a creative writing course at the local college wanting to develop his writing style and ideas and has never looked back since. By June 2009 he had joine...

More about Damon Rathe
Human Rights
Copy and paste the code into your website.
New here? Learn how to read digital books for free