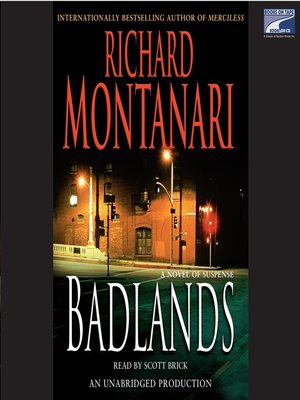 FictionMysteryThriller
Philadelphia police detectives Kevin Byrne and Jessica Balzano are working a new beat: the Special Investigations Unit, aka the cold case squad. Ironic, given that it's the height of a blazing hot August. But even these hardened homicide veterans are chilled to the bone as a dormant murder case stirs to life–leading Byrne and Balzano into the dark heart of their city, their souls, and a psyche of pure evil.
Months before, a teenage runaway's body was found in the desolate, dangerous North Philly district dubbed the Badlands. Dead runaways were no novelty on these mean streets, but the Caitlin O'Riordan case was different. Her corpse was found in the basement of a rancid tenement apartment, the inexplicable cause of death: drowning. In the end, nothing was solved and the case was closed.
Now a confession to the bizarre murder on the police tipline sends Byrne and Balzano rushing to make an arrest. But instead of a killer, they discover a ghastly scene: a jar containing human remains–along with a cryptic clue leading to an unlikely witness. Laura Somerville lives far from the squalor of the Badlands, and seemingly light-years from any connection to a murdered runaway. But moments after discussing the case with this elegant lady, Byrne and Balzano make another grisly discovery, and find an enigmatic word spelled out in Scrabble tiles.
Across town, another victim's shallow grave reveals deeper mysteries. Her secret diaries portray a woman haunted by a shocking past, and obsessed with finding a depraved killer.
Now, as the body count grows, a terrifying design literally takes shape. Pieces of a gruesome puzzle are being set into place by the cruel hands of a madman using the city as his game board. His playthings are the innocent, and his opponents–and pawns–are Byrne and Balzano, who must, before time runs out, decipher the truth about a shadowy house of horrors and its elusive master.
Internationally acclaimed author Richard Montanari works his black magic to spine-tingling perfection in Badlands, conjuring all the relentless suspense, dark twists of intrigue, and full-throttle action that make his brilliant, engrossing novels required reading for thriller fans.
FictionMysteryThriller

Richard Montanari is a novelist, screenwriter, and essayist. His work has appeared in the Chicago Tribune, Detroit Free Press, Cleveland Plain Dealer, and scores of other national and regional publications. He is the OLMA-winning author of the int...

More about Richard Montanari
Badlands
Copy and paste the code into your website.
New here? Learn how to read digital books for free