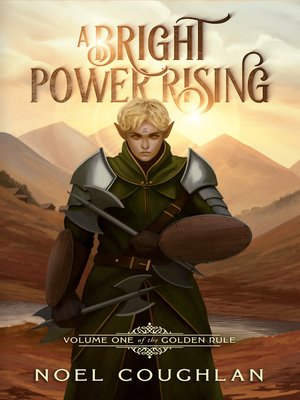 Elf. Warrior. Saint. Heretic. Monster. Despised by two peoples, this pariah might yet prove to be the savior of both.

AscendantSun serves a dead god no longer. Adopting the religion of his human enemies, he haunts their mountains hoping to make amends for his past violence toward them. Now, a figure from his past threatens to restart the ancient conflict he has struggled so long to put behind him.

War is coming again to the mountains, but this time he'll fight the legionaries he once commanded. Prophecy is against him. Numbers, too. But the greatest peril is the distrust of his human allies. Can he forge an effective alliance before the bright power rising in the east destroys them?

A Bright Power Rising is the first volume of The Golden Rule, a two-part epic fantasy for readers who enjoy unique and intriguing world-building.