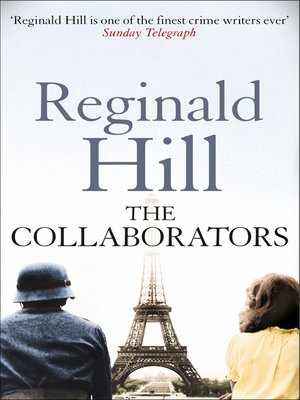 FictionHistorical Fiction
From the bestselling author of the Dalziel and Pascoe series, a superb novel of wartime passion, loyalty – and betrayal Paris, 1945. In the aftermath of the French liberation, Janine Simonian stands accused of passing secret information to the Nazis. She is dragged from her cell before jeering crowds, to face a jury of former Resistance members who are out for her blood. Standing bravely in court, Janine pleads guilty to all charges. Why did Janine betray, not just her country, but her own husband? Why did so many French men and women collaborate with the Nazis, while others gave their lives in resistance? What follows is a story of conscience and sacrifice that portrays the impossible choice between personal and national loyalty during the Nazi occupation.
FictionHistorical Fiction

Reginald Hill is a native of Cumbria and former resident of Yorkshire, the setting for his novels featuring Superintendent Dalziel and DCI Pascoe, ?the best detective duo on the scene bar none? (?Daily Telegraph?). Their appearances have won him n...

More about Reginald Hill
The Collaborators
Copy and paste the code into your website.
New here? Learn how to read digital books for free