By Hook Or by Crook

ebook ∣ A Journey in Search of English 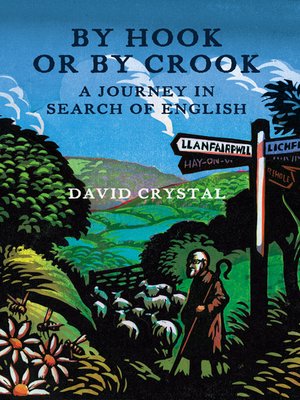 David Crystal has been described (by the Times Higher Education Supplement) as a sort of 'latter day Dr Johnson', a populist linguist who has promoted the study of the English language in an academic and broadcasting career that has so far spanned 40 years and nearly 100 books. Now he has written an engaging travel book of more general appeal. Inspired by W. G. Sebald's 'The Rings of Saturn' and by Bill Bryson's books, he has combined personal reflections, historical allusions and traveller observations to create a mesmerising (and entertaining) narrative account of his encounters with the English language and its speakers throughout the world – from Bangor to Bombay and from Stratford to San Francisco. 'By Hook or by Crook' is an attempt to capture the exploratory, seductive, teasing, tantalising nature of language study. As such, it will appeal to the ever-growing market who like to be entertained as well as instructed.

Language Arts Nonfiction
By Hook Or by Crook