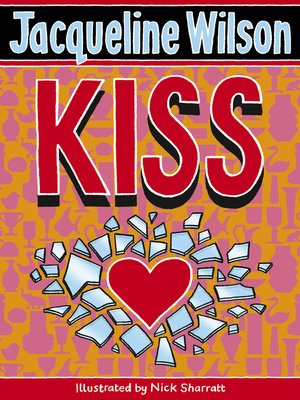 "I held his hand tight and knew that we were best friends for ever. More than best friends."

Sylvie and Carl have been friends since they were tiny children. They've always played together, called each other boyfriend and girlfriend and even have a magic fantasy world that belongs to them alone. Deep down, Sylvie has always believed that they'd end up married.
But as they get older, things start to change.
Carl has a new friend, Paul, taking all his attention. Now, Carl seems much less happy to be called Sylvie's boyfriend - he even avoids having to kiss her in spin the bottle! Sylvie can tell his feelings have changed and that their future together might not be so clear-cut after all. But can she guess at the true reasons behind it all?
Touching and compelling, Kiss is a delicately handled coming-of-age tale of first love by award-winning Jacqueline Wilson.
A beautiful and touching story about love and whom it's directed to - First News