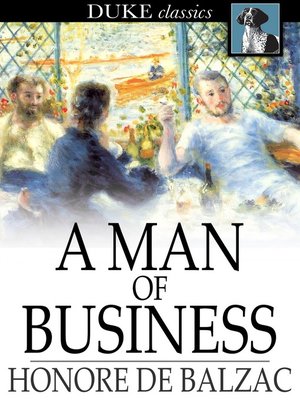 A Man of Business

Though a relatively short story, A Man of Business is an important component of Honore de Balzac's vast story cycle The Human Comedy, involving many of the recurring characters from the series and tying up a number of loose ends. As a fete thrown at the home of his mistress begins to wind down, Cardot invites the lingering merrymakers to settle around the table and begins telling a story about a clever debt-collection scheme.

A Man of Business
Copy and paste the code into your website.
New here? Learn how to read digital books for free