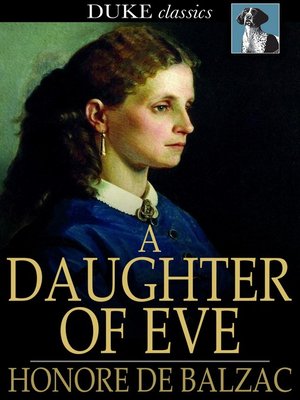 A Daughter of Eve

This short novel, part of the Scenes of Private Life section of Honore de Balzac's vast masterpiece The Human Comedy, includes the first appearances of key characters who return later in the series. A Daughter of Eve is a tale in which seemingly innocent peccadilloes soon spiral into an inescapable web of intrigue, fraud, and lust.

A Daughter of Eve
Copy and paste the code into your website.
New here? Learn how to read digital books for free