A Student's Guide to Psychology 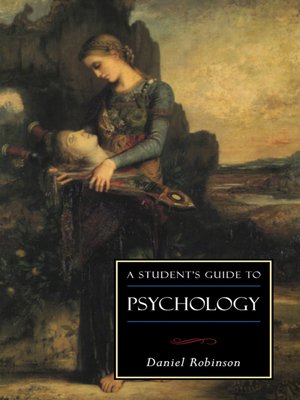 Isi Guides to the Major Disciplines

View more libraries...
A concise overview of the field of psychology—its historical roots, its most influential thinkers, and its role in the modern world.
Psychology is frequently the most popular major on campus, but it can also be the most treacherous. In this guide, Daniel N. Robinson surveys the philosophical and historical roots of modern psychology and sketches the major schools and thinkers of the discipline. He also identifies those false prejudices—such as contempt for metaphysics and the notion that the mind can be reduced to the chemical processes of the brain—that so often perplex and mislead students of psychology. He ends by calling for psychology to investigate more intensively the problems of moral and civic development. Readers will find Robinson's book to be an indispensable orientation to this culturally influential field.

Isi Guides to the Major Disciplines