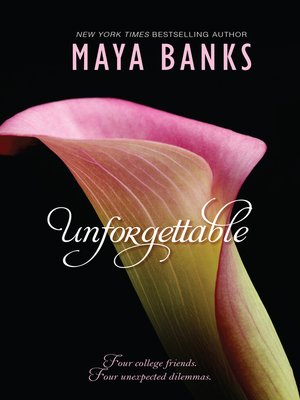 Enticed By His Forgotten Lover

Bryony Morgan pulls no punches — even when she's pregnant and facing down the father of her unborn child. She fell for wealthy hotelier Rafael de Luca when he courted her for her beachfront real estate. Then he disappeared. Now she's in New York for answers, and she won't accept a brush-off.

But selective amnesia after a crash has Rafael puzzled. How could he ever forget a beauty like Bryony? He decides to return to the island where they met, and relive the unforgettable nights in question — until he remembers everything...

Wanted By Her Lost Love

Despite his fiancée's chilling betrayal, developer Ryan Beardsley provided for Kelly Christian when he sent her packing. So he's livid to find her working in a dingy Houston diner, desperate and pregnant. Whether the baby is his — or his brother's — Ryan demands that Kelly return to New York with him. Now. For the baby's sake. Or maybe because the woman's as irresistible as ever...

Tempted By Her Innocent Kiss

Devon Carter was Ashley Carter's first. But her dreams of true love are crushed by the discovery that their marriage is another of Daddy's business deals. So Ashley decides to act the part of perfect wife and make Devon love her.

But Devon misses the bubbly woman his wife used to be. Who is this Ashley with the steely demeanour of a society wife? Will he find a way to rekindle the fire in her eyes...especially now that she's pregnant?

Undone By Her Tender Touch

When an unplanned evening of passion with Cameron Hollingsworth results in pregnancy, Pippa Laingley is at a crossroads. She knew going in that the entrepreneur had built a fortress around his feelings. What she's just discovered is that he's loved and lost before — his wife and child.

Now Cam stands to lose it all again. If he lets Pippa get too close. If he pushes her away with loveless arrangements of financial support. Either way, he's doomed...if he doesn't let himself love again.

Unforgettable--4 Book Box Set
Copy and paste the code into your website.
New here? Learn how to read digital books for free