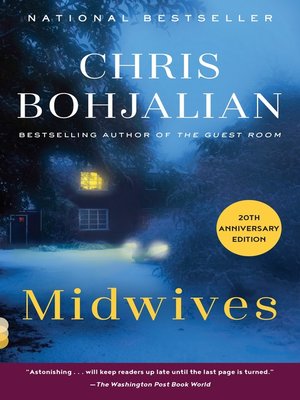 FictionLiterature
A contemporary classic that has sold more than two million copies and was a selection of Oprah's original Book Club, Midwives is a compulsively readable novel that explores questions of human responsibility that are as fundamental to our society now as they were when the book was first published twenty years ago.

On an icy winter night in an isolated house in rural Vermont, a seasoned midwife named Sibyl Danforth takes desperate measures to save a baby's life. She performs an emergency cesarean section on a mother she believes has died of stroke. But what if—as Sibyl's assistant later charges—the patient wasn't already dead? The ensuing trial bears the earmarks of a witch hunt, forcing Sibyl to face the antagonism of the law, the hostility of traditional doctors, and the accusations of her own conscience. Exploring the complex and emotional decisions surrounding childbirth, Midwives engages, moves, and transfixes us as only the very best novels ever do.
FictionLiterature

CHRIS BOHJALIAN is the author of twenty books, including The Guest Room; Close Your Eyes, Hold Hands; The Sandcastle Girls; Skeletons at the Feast; The Double Bind; and Midwives which was a number one New York Times bestseller and a selection of O...

More about Chris Bohjalian
Midwives
Copy and paste the code into your website.
New here? Learn how to read digital books for free