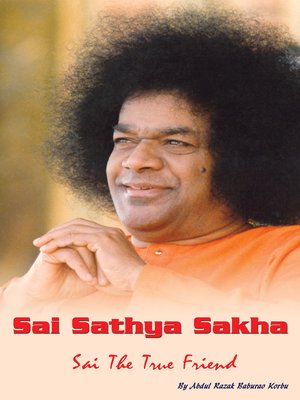 Religion & SpiritualityNonfiction
This is the touching story of a poor Muslim boy, who lost his father when he was two years old. He and his mother were in the clutches of poverty. This affected his upbringing. The neighbours sent him to school mainly to protect their children.In order to pay the school fees, he had to work till midnight in a nearby cinema theatre and this led him into bad ways. However, because of his extraordinary memory, he could secure first rank till the tenth standard. His proficiency in Sanskrit helped him get the much needed financial scholarship and eventually, he became an honours graduate, completed the L.L.B. and L.L.M. examinations with merit, and became a professor.His thirst to become virtuous and his quest for a Guru brought him to Bhagawan Sri Sathya Sai Baba. He had the coveted Padanamaskar and Bhagawan's one deep look into his eyes transformed him miraculously.By providence, someone suggested to him to apply for the post of a visiting professor, in Baba's college at Puttaparthi and he applied. His application, one among many thousands, was hand picked by Bhagawan Himself and thus, he got the appointment.There are many more incredible, but true incidents in the life of the author, besides a long interview with Bhagawan Baba in 1990, appearing in Chapter 8 of this book. Social and religious background is no barrier for a true devotee to earn Bhagawan's grace.
Religion & SpiritualityNonfiction

Prof. R.B. Korbu's was a poor Muslim boy, whose father died when he was just two years old. As his mother was forced to work for meagre wages for their daily bread, she was unable to take care of his proper upbringing. The neighbours sent him to s...