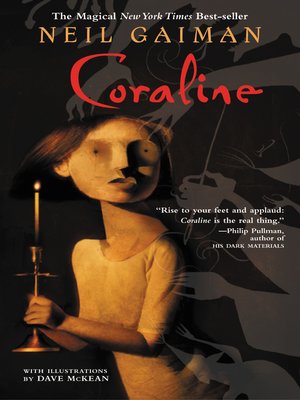 In Coraline's family's new flat there's a locked door. On the other side is a brick wall—until Coraline unlocks the door . . . and finds a passage to another flat in another house just like her own.

The food is better there. Books have pictures that writhe and crawl and shimmer. And there's another mother and father there who want Coraline to be their little girl. They want to change her and keep her with them. . . . Forever.

Neil Gaiman is the #1 New York Times bestselling author of more than twenty books, including Norse Mythology, Neverwhere, and The Graveyard Book. Among his numerous literary awards are the Newbery and Carnegie medals, and the Hugo, Nebula, World F...

More about Neil Gaiman
Coraline
Copy and paste the code into your website.
New here? Learn how to read digital books for free