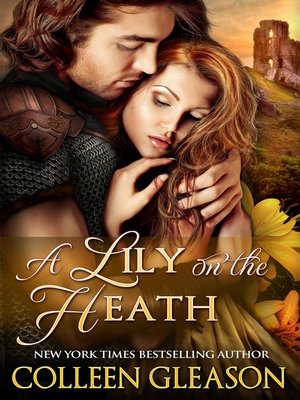 The Cards of Life and Death

From NEW YORK TIMES and USA Today bestselling author Colleen Gleason....Courtly love and chivalrous knights meet passion and deception in the turbulent medieval court of England. An honorable man: Malcolm de Monde, Lord of Warwick, needs a wife. He reluctantly journeys to the royal court where his plan is simple: find a dutiful woman, gain the king's approval for his choice and return to Warwick with his chosen lady wedded, bedded, and carrying his heir—all before winter. An independent woman: Judith of Kentworth, Royal Falconer and lady-in-waiting, is a woman from Malcolm's past. Although she is a confidante of the queen, Judith's beauty and vivacity attract the unwanted attentions of the king. Judith knows it would be treason to deny the king his desires, and yet she wishes only to escape. A simple plan...which goes awry when Lord Malcolm encounters Judith, once betrothed to his friend—and a woman who is nothing like the meek wife he seeks...but who may be exactly the type of woman he needs. An impossible choice: Malcolm offers Judith a chance to escape her predicament...but can she risk putting her own chivalrous lord in danger with the king? The Medieval Herb Garden Series does not have to be read in order. However, for those who want to read it in chronological order, the stories go as follows: LAVENDER VOWS, A WHISPER OF ROSEMARY, SANCTUARY OF ROSES, A LILY ON THE HEATH

Colleen Gleason is the NEW YORK TIMES and USA Today bestselling author of the Gardella Vampire Chronicles. She has more than twenty books in print and has written for New American Library, MIRA Books, Chronicle Books, and HarperCollins (as Joss Wa...

More about Colleen Gleason
The Cards of Life and Death
Copy and paste the code into your website.
New here? Learn how to read digital books for free