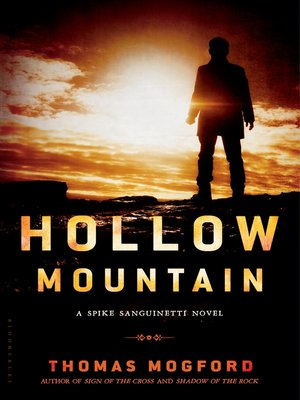 Danger has followed the lawyer Spike Sanguinetti back to Gibraltar.

The disturbing question of what happened to Spike's girlfriend, Zahra, is still unanswered. He hasn't heard from her since she vanished in Malta months ago, when suddenly his phone rings. It's Zahra, but she sounds strange. She tells him that he has to stop looking for her and that if he doesn't, Žigon will come after those closest to him. Then she hangs up.

When Peter Galliano, Spike's partner in the law firm, is hospitalized by a mysterious hit-and-run accident, and a woman asks him to investigate the suspected suicide of her husband, Spike finds himself on a perilous path that draws him into international politics and leads him, finally, to the hollow mountain.