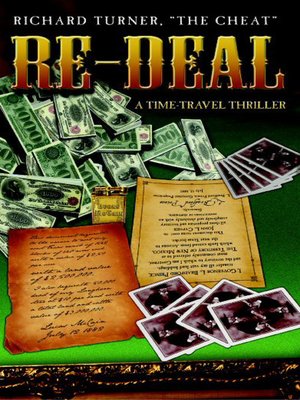 FictionThriller
Matt McCain, a young man trying to overcome personal loss and family misfortune, and his amigo Juan, a Mexican orphan turned evangelist, are pitted against the Cyphers, a family that utilizes evil for every gain. The presence of Miss Guided, the angel who doesn't always get it right, changes them all. A time-traveling race against evil and misfortune Re-Deals history in a startling conclusion.
FictionThriller

Richard Turner has been featured on television shows such as "That's Incredible," "Ripley's Believe It or Not," and "The 700 Club." His unparalleled touch with a pack of fifty-two has been written about in major publications such as the Los Angelu...

More about Richard Turner
Re-Deal
Copy and paste the code into your website.
New here? Learn how to read digital books for free