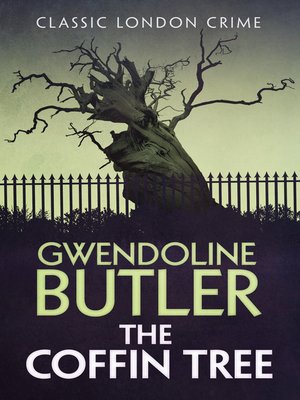 FictionMystery
Commander John Coffin investigates the deaths of two policemen, and the apparent suicide of a police officer's wife. A darkly authentic crime novel from one of the most highly praised English mystery writers, perfect for fans of Agatha Christie. The Coffin Tree grew in a garden in London. It had been struck by lightning, which would have killed most trees – but not this one. Near it, a shrouded body has been burnt. Had the victim voluntarily climbed on to the fire, as one eyewitness reports? That same summer, two of Coffin's young detectives died – deaths that were said to be accidental. In Coffin's view, however, two accidents are two too many. Commander John Coffin is not a fanciful man, but somehow the half-dead tree, its top killed by lightning, standing in a sad patch of rough earth, seems to him to epitomise his problems. Why did the two policemen die? How did one dead police officer's wife come to die a grisly death herself at the foot of the coffin tree? Coffin can't believe that it was suicide, but in his efforts to solve the crimes, he is forced to question his own judgement, and to confront the mysteries of another human heart.
FictionMystery

More about Gwendoline Butler
The Coffin Tree
Copy and paste the code into your website.
New here? Learn how to read digital books for free