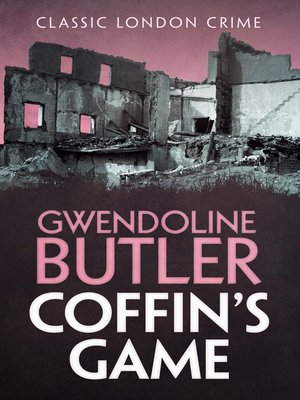 FictionMystery
'[Gwendoline Butler's] inventiveness never seems to flag; and the singular atmosphere of her books, compounded of jauntiness and menace, remains undiminished' Patricia Craig, TLS In the aftermath of a terrorist explosion in London's Second City, a woman's battered corpse is found in a damaged building. But it is soon evident that this is no bomb victim. A sadistic killer has mutilated the remains, removing the fingertips and leaving the face unrecognizable. The only clue to the dead person's identity is a handbag found on the scene. Its owner: Stella Pinero, actress wife of Chief Commander John Coffin. The investigation which follows is complicated by Coffin's refusal to believe that the remains could be Stella's, and Chief Superintendent Archie Young faces the unenviable task of questioning a superior officer as to the sort of men his wife was in the habit of associating with. Meanwhile, the secretive Inspector Lodge of the Terrorist Investigation Squad harbours fears of his own. When a second body is discovered, Coffin finds himself drawn into a nightmarish game. The murder inquiry reveals terrible truths as it unfolds, bringing pain and bitterness to John Coffin as he is forced to confront death and treachery in his own backyard.
FictionMystery

More about Gwendoline Butler
Coffin's Game
Copy and paste the code into your website.
New here? Learn how to read digital books for free