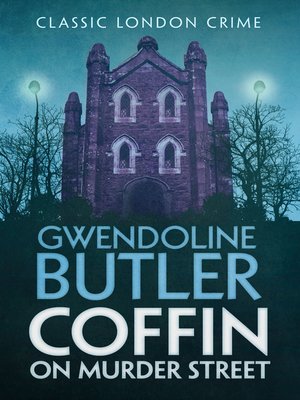 FictionMystery
When a small boy disappears from the notorious Regina Street in the Second City of London, Chief Commander John Coffin takes on the case. From one of the most universally praised English mystery authors. Regina Street, nicknamed Murder Street, has known more than its fair share of murders and violent deaths – and one inhabitant predicts that worse is yet to come. The local police dismiss him as an eccentric, but then a small boy disappears. Chief Commander John Coffin takes on the case, and discovers that the boy's mother, a young actress, is something of an enigma herself. And soon the story behind the boy's disappearance unfolds into a history of jealousy and love.
FictionMystery

More about Gwendoline Butler
Coffin on Murder Street
Copy and paste the code into your website.
New here? Learn how to read digital books for free