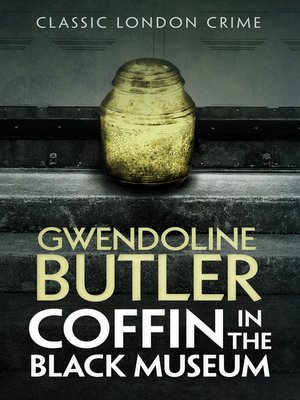 Coffin in the Black Museum

FictionMystery
The first John Coffin story with a contemporary setting. A recently-promoted John Coffin soon has his hands full when a severed human head turns up the steps of his new home. From one of the most appraised English mystery authors, perfect for fans of Agatha Christie. John Coffin now commands his own force in the newly created second city of London, established on the site of the old Docklands. Life is good for Coffin – he's earned a promotion and has just moved into a new home in the tower of a renovated church-turned-theatre. Then a severed human head is found in an urn on the church steps, and a hand turns up in a freezer upstairs. Coffin must hunt down the serial killer before more body parts start appearing.
FictionMystery

More about Gwendoline Butler
Coffin in the Black Museum
Copy and paste the code into your website.
New here? Learn how to read digital books for free