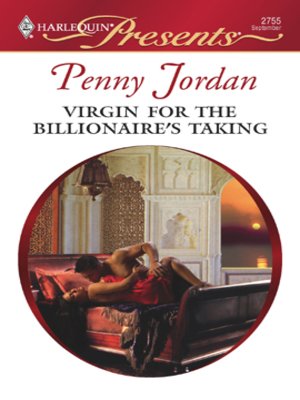 Virgin for the Billionaire's Taking

Mistress to a Millionaire


Jay was a maharaja's heir and billionaire businessman, and he'd hired Keira as his interior designer. But why did she turn from hot to cold and then back again? Was she a manipulating gold digger who was using the red-hot chemistry between them to try to increase her financial reward?

Then Jay discovered that Keira was a virgin! And, according to his code, the cost of taking virginity was marriage. Was he prepared to pay the price?
FictionRomance

More about Penny Jordan
Virgin for the Billionaire's Taking
Copy and paste the code into your website.
New here? Learn how to read digital books for free