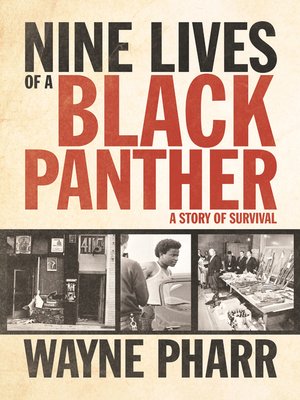 Nine Lives of a Black Panther

A Story of Survival

In the early morning hours of December 8, 1969, hundreds of SWAT officers engaged in a violent battle with a handful of Los Angeles–based members of the Black Panther Party for Self-Defense (BPP). Five hours and 5,000 rounds of ammunition later, three SWAT team members and three Black Panthers lay wounded. For the Panthers and the community that supported them, the shootout symbolized a victory, and a key reason for that victory was the actions of a 19-year-old rank-and-file member of the BPP: Wayne Pharr. Nine Lives of a Black Panther tells Pharr's riveting story of life in the Los Angeles branch of the BPP and gives a blow-by-blow account of how it prepared for and survived the massive attack. He illuminates the history of one of the most dedicated, dynamic, vilified, and targeted chapters of the BPP, filling in a missing piece of Black Panther history and, in the process, creating an engaging and hard-to-put-down memoir about a time and place that holds tremendous fascination for readers interested in African American militancy.

Wayne Pharr was a captain of the Los Angeles branch of the Black Panther Party for Self Defence and has traveled throughout the country as a spokesman for the party. He lives in Los Angeles.

More about Wayne Pharr
Nine Lives of a Black Panther
Copy and paste the code into your website.
New here? Learn how to read digital books for free