By Institute For Career Research 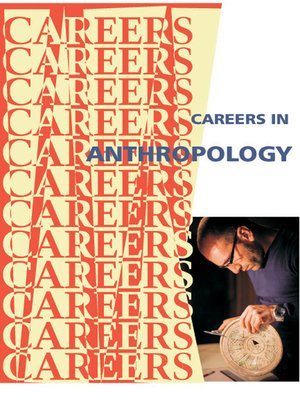 An ancient Indic language known as Sanskrit was "discovered" in the late 18th century by the British civil servant and intellectual, Sir William Jones. This discovery set the stage for intensive work in comparative historical linguistics that has continued ever since. In 2014, archaeologists in Egypt discovered the remains of a previously unknown pharaoh who reigned more than 3,600 years ago. What do linguistics and archaeology have in common? They are both scientific endeavors, pursued under the umbrella of anthropology.

Anthropology is the scientific study and analysis of human beings and humanity, including all the world's cultures, ethnicities, customs, artifacts, knowledge, habits, history, and languages. It emerged as a distinct academic discipline in England and America in the late 19th century and continues to expand its scope of study.

The first is physical (biological) anthropology, which studies the human being as a living organism. Population genetics and primatology are common areas of focus here.

The second, and largest specialty, is cultural anthropology. This involves studying specific populations up close and personal over long periods of time to learn more about their social and cultural patterns.

The third field is linguistic anthropology, which focuses on language, from its origins, to how it affects complex social interactions in a modern, globally connected world.

The fourth field is archaeology, perhaps the most famous of the anthropological disciplines. Archaeologists can be found in the field, anywhere in the world, digging for artifacts, old bones, and other clues to how people lived in past cultures.

This is a great time to become an anthropologist. It has always been intellectually exciting. Today, more than ever, a degree in anthropology opens doors to a variety of career paths. Anthropologists have traditionally worked within the confines of academia, teaching and conducting research. This is no longer true. Anthropology graduates today are well-prepared for excellent jobs that require critical thinking skills in the realms of business, research, advocacy, and public service. Their training is uniquely well suited to the 21st century. The economy is increasingly international and, in turn, workforces and markets are more diverse. Anthropology is the primary discipline that helps people understand how communities and organizations work, even when they are separated by oceans and continents.

Anthropology offers many opportunities with good earnings, in both the public and private sectors. Anthropologists working for non-governmental organizations, such as international health organizations and development banks, helping to design and implement a wide variety of programs worldwide. Many businesses look specifically for anthropologists, recognizing the value of their perspective on a corporate team as they struggle to understand consumer preference patterns not readily apparent through simple statistical or survey methods.

Agencies at all levels of government employ anthropologists to identify and protect cultural resources. Even local police departments need these professionals. Forensic anthropologists, in careers glamorized by Hollywood and popular novels, are called upon to help identify mysterious or unknown remains.