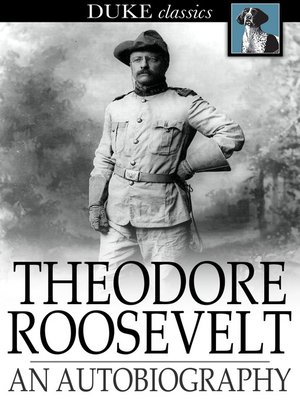 The 26th president of the United States, Theodore Roosevelt was a quintessential American whose bold personality shines through in every line of this deeply engaging memoir. In addition to detailing his contributions in Washington, D.C., the autobiography lavishes attention on the outdoor exploits and early conservation efforts that were among Roosevelt's passions.

Theodore Roosevelt
Copy and paste the code into your website.
New here? Learn how to read digital books for free