The Warren Buffett Philosophy of Investment 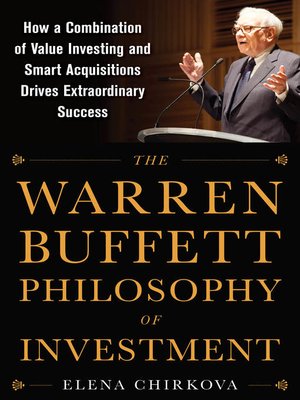 The Warren Buffett Philosophy of Investment reveals—for the first time—how the world's #1 investor combines his trademark value investing with a unique approach to mergers and acquisitions.

The huge interest in Warren Buffett stems from the challenge to understand his history of earning more than 20% on capital annually during the last 60 years. Modern financial theory does not allow for this degree of success, nor has anyone else been able to replicate it.

The book argues that Buffett's secret can be explained only if one looks beyond the theory of investing. The author sees the major drivers of his success as the transformation of Mr. Buffett's name into a super-brand of mergers and acquisitions, as well as his hands-off policy with respect to the acquired companies. As a result, Buffett enjoys numerous opportunities to buy first-class companies at moderate prices and keeps the existing good managers responsible for further value creation.

Elena Chirkova is a professor of finance in the Higher School for Economics in Moscow and was previously Head of Corporate finance for Deloitte's office in Russia.