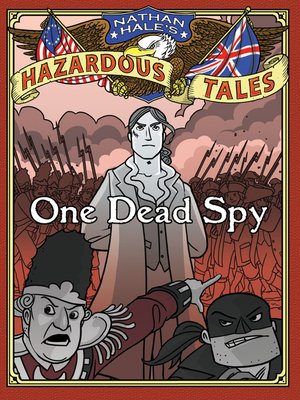 View more libraries...
Meet America's first spy Nathan Hale in this installment of the New York Times bestselling graphic novel series!
Â
âI regret that I have but one life to give for my country.â These are the famous last words of Nathan Hale, a spy for the American rebels in the Revolutionary War.
But who was this Nathan Hale? And how did the rebels defeat an army that was bigger, better, stronger, and more heavily armed than they were? One Dead Spy has answers to these questions, as well as stories of ingenuity, close calls with danger, and acts of heroism in the American War of Independence.
Â
Nathan Haleâs Hazardous Tales are graphic novels that tell the thrilling, shocking, gruesome, and TRUE stories of American history. Read them allâif you dare!
Get One Dead Spy and two other Hazardous Tales in the Nathan Hale's Hazardous Tales 3-Book Boxed Set, available now!