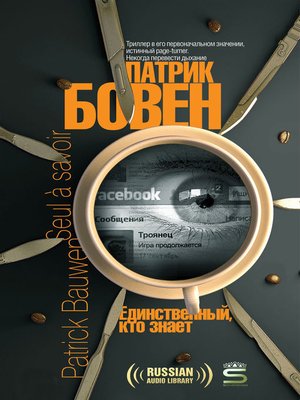 This is a Russian language audio book adaptation of Patrick Bauwen's bestselling novel Seul a Savoir, read by Marina Lisovets, unabridged. Marion Marsh, a medical college student, falls in love with a successful surgeon, who disappears mysteriously at the climax of their romantic relationship. It seems that he just vanished without a trace. Fifteen years later, Marion decides to leave medicine and pursue journalism instead. Marion is then approached by someone on Facebook who claims to know what happened to that mysterious surgeon.