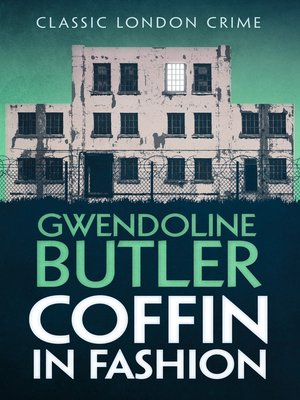 FictionMystery
A corpse in his new house leads detective John Coffin on the trail of a murderer... A dark, gripping crime novel from one of the most appraised English mystery writers, perfect for fans of Agatha Christie. The body of an adolescent boy is found by workmen under the floor of detective John Coffin's house – and though it's not his case, Coffin keeps up with an investigation that comes to centre on his own neighbours. Attracted to Rose Hilaire, the sergeant learns that her son was a friend of the murder victim and of other missing boys. Rose's troubles multiply as she fights to protect her son and her dress factory, hard-won after years of poverty. The business is threatened not only by scandal but by Rose's designer, Gaby Glass, who schemes to take off with her creations.
FictionMystery

More about Gwendoline Butler
Coffin in Fashion
Copy and paste the code into your website.
New here? Learn how to read digital books for free